Waited… Very excited to connect to my ix2….

A few days later my 3 TB USB expansion drive arrived.  I hurried to unpack and connect to my ix2 expecting plug-and-play.  I plugged by no play.

An overwhelming feeling of sadness consumed me, followed by WTF then the joy of knowing I could and would hack this to make it work.

Knowing that this Iomega thing had to be running Linux I began to scour web for how to enable SSH with Firmware Version 3.3.2.29823

Found plenty of how to information on Firmware Version 2.x but 3.x (Cloud Enabled Firmware) is a bit more sparse. 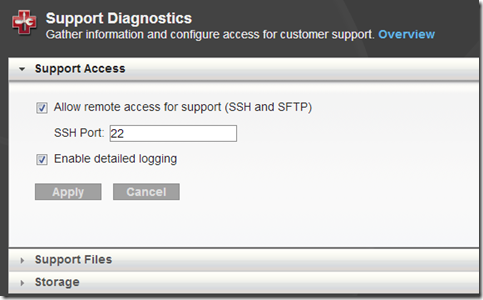 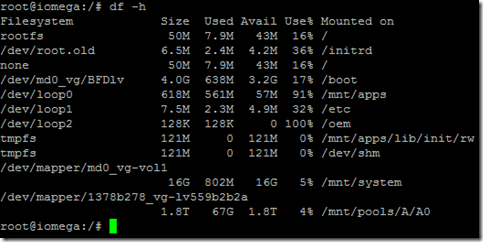 A quick “cat /proc/scsi/usb-storage/4” followed by a “fdisk -l” reveals the drive is being seen by the ix2. 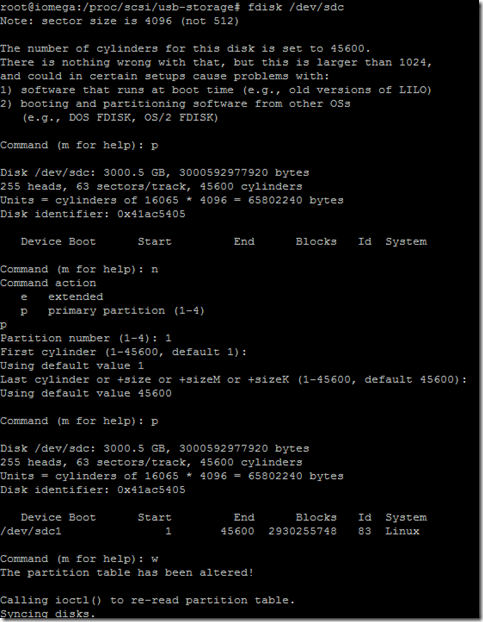 Hmmmmm…. Maybe I can create a mount point on /mnt/pools/B/B0, seems logical. 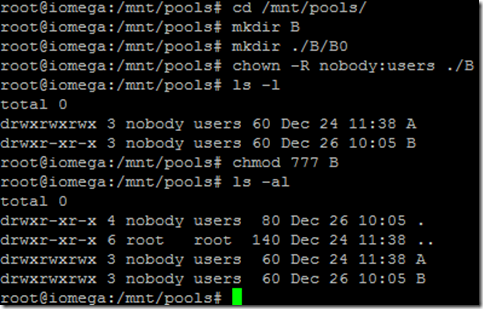 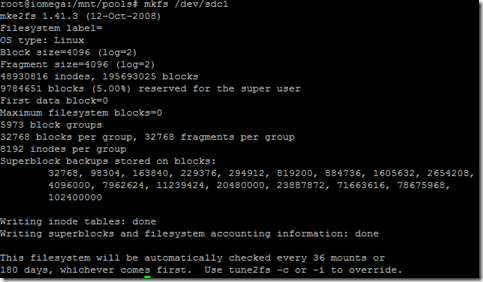 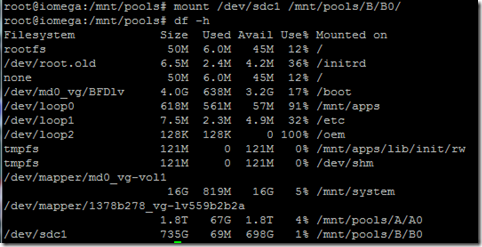 Let see if I can get a new version of parted.

(I think that is all the required dirs, you will know soon enough)

Should run without issue.

Jettison that idea, not enough space on root and /mnt/apps to install new version of parted and required dependencies.

Once complete I connected the drive to my Iomega ix2

Reboot my ix2 (make sure I didn’t jack anything up) and enjoy my added capacity. 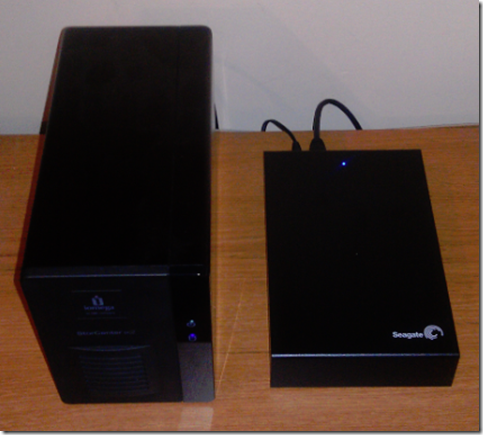