It seems as if one of the most debated topics related to VMware and I/O performance is the mystery sounding the relative performance characteristics of vmfs volumes and rdm (Raw Device Mode) volumes.

Admittedly it is difficult to argue with the flexibility and operational benefits of vmfs volumes but I wanted to measure the characteristics of each approach and provide some documentation that could be leveraged when making the decision to use vmfs or rdm.? By no means are these test concluded but I thought as a gathered the data I would blog it so it could be used prior to me completing the whitepaper which all these tests will be part of.

Benchmark configuration:
The benchmarks contained in this document were performed in a lab environment with the following configuration: 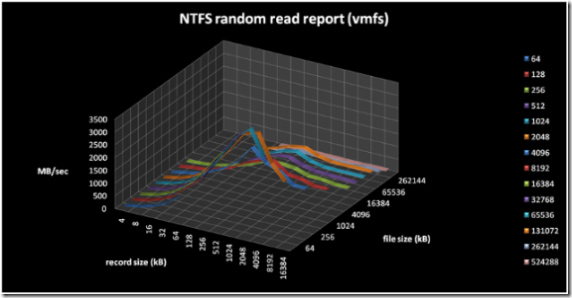 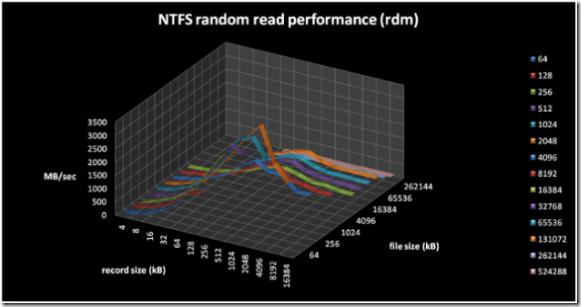 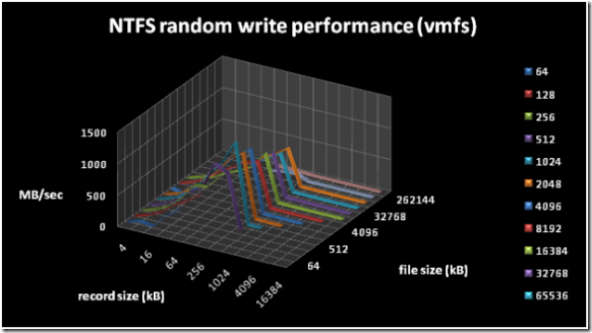 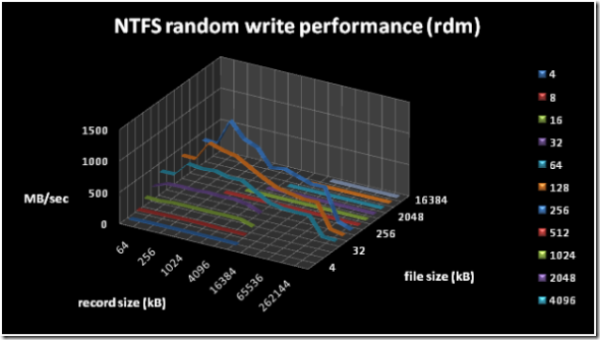 One thing that is very obvious is that VMFS makes extensive use of system/kernel cache.? This is most obvious in the HDtune benchmarks.? The increased CPU utilization is a bit of a concern, most likely due to the caching overhead.? I am going to test small block random writes while monitoring CPU overhead, my gut tells me that small block random writes to a VMFS volume will tax the CPU.? More to come….